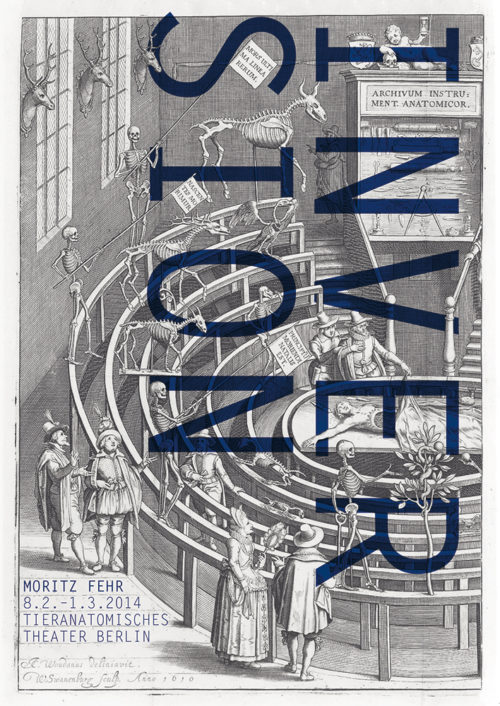 A copperplate print from 1610 showing the Veterinary Anatomical Theater in Leiden, the Netherlands serves as an inspiration for the large-scale sound installation Inversion. The work serves the purpose of a change of perspective, inverting the hierarchic relationship of humans and animals.

The seating galleries of the depicted Veterinary Anatomical Theater are crowded by animal skeletons, looking downwards on to a human corpse being dissected in the center of the stage. By placing loudspeakers in the galleries to represent distinct animals, the installation Inversion translates this illustration into a spatial acoustic experience and animates the archival recordings of the animal voices.

The multiple sonic layers conjoin in the middle of the room where animal corpses were dissected for the first time more than 200 years ago – and where a blank space today serves as a reminiscence of the anatomical lifting table. Specially interpreted for this installation by the Counter Tenor Johannes Reichert, the baroque composition „Close Thine Eyes and Sleep Secure“ (1688) by Henry Purcell is audible in the center of the space.

Inversion was realized with the support from the Electronic Studio of the Technical University TU Berlin (Department of Audio Communication) the Animal Voice Archive at Museum of Natural History Berlin and Studio Potsdam. Graphic Design by stereokompost.